Vishal Inamdar, the brother of music composer Kaushal Inamdar, and the son of Shrikrishna (Bal) Inamdar and Lalkari Biniwale, is a talented writer and director. Indeed, he is talent personified! His father, ShriKrishna (Bal) Inamdar, is the son of Sarojini Jatar (Banutai), the daughter of Kashinath Jatar (Bapurao), who was the eldest son of Shriram Jatar. Vishal has the Jatar bloodline from the Inamdar side as well. Shriram Jatar’s daughter, Godutai, married Laxman Inamdar (popularly known as Babasaheb). This is Godutai’s family tree, prepared by Vinita Chitale. Godutai’s son Narsinha married Sarojini Jatar, Vishal’s grandmother.

A student of Pt. Satyadev Dubey, in his career spanning over 18 years, Vishal has dabbled in everything from theatre to documentaries, from music videos to corporate films and finally feature films. Having done his schooling from I.E.S. Modern English School Mumbai, he graduated from BMCC, Pune. He made his debut in the visual medium in 2000 with an acclaimed Marathi telefilm ‘Padchhaya’ (The shadow).

In 2004, with absolute clarity and objectivity, Vishal dealt with the sensitive issue of religion in his short film ‘I Believe’, which received an encouraging response at the British Council film festival. The very same year, his versatility was at display, when he switched from a relatively serious subject to act and direct a light-hearted short film ‘Pipedream’. His debut feature film ‘It’s Breaking News’, which released in 2007 was a bold attempt to expose the sensationalism of media and throw light on the darker side of sting operations. 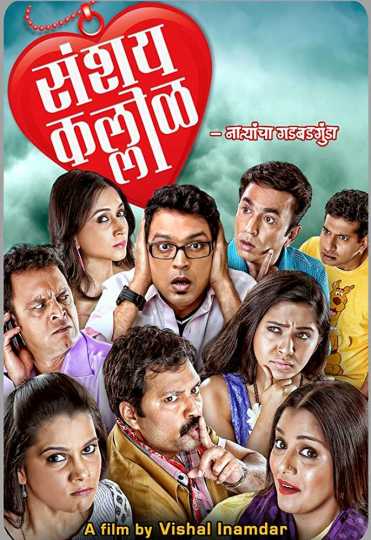 ensures a supreme level of filmmaking with an eye for detail and in-depth understanding of production technicalities. With a lethal combination of creative writing and storytelling, his most recent venture ‘Sanshaykallol’ an adaptation of the famous play ‘Sangeet Sanshaykallol’ hit the box office in 2013 which left the audience in splits.

At present, he is doing a magnum opus in Marathi titled, ‘106 Hutatma Chowk –The Untold History’ a film that is based on the formation of the state of Maharashtra and the inclusion of Mumbai in the state after 106 people were martyred at Flora Fountain Mumbai during a silent protest.

Now he along with his school friends, has launched his production house named ‘Mumbai Vagabonds Entertainment Pvt. Ltd.’ This house is all set to produce films, tv serials, web series et al.

(By Vishal Inamdar with inputs from Nita Jatar Kulkarni).