When KS Sudarshan (Kuppahalli Sitaramayya Sudarshan (1931-2012), took over the RSS (Rashtriya Swayamsevak Sangh), he reached out to people and invited discourse. He wanted to interact with the public, he said, and explain the RSS idealogy. That was why my father, Sudhir Jatar, wrote to him with several questions. This was 20 years ago.

The questions were short but the answers were long and detailed. And no, my father had never met KS Sudarshan before. He was a complete stranger to him.

Here is the historic letter, the pdf file of which is here.

What impressed me was how this gentleman wrote a letter in such clear, legible writing and also in such neat, straight lines. And then he wrote page after page with hardly any need to cross out and re-write. Being a writer myself, I know hard this is. One’s thoughts need be remarkably organised. These days we use email or Word, and this makes it easy to re-write. We re-write so often, we don’t realise the number of mistakes we have made or how often we have re-written.

How meticulous KS Sudarshan must have been, his thoughts so neatly arranged that they flowed out smoothly on paper without error.

Regarding the content, he has made some good points, although can’t say I agree with everything. Would love to know your views on his views.

Today I am writing about a star in the history of the Jatar family which shone brightly, in fact, dazzled, and streaked across the firmament much too soon.

Chandrabhaga, popularly known as Chani, was born in 1907, as the third daughter of Bapurao, i.e. KS Jatar, who was the eldest son of Shriram Bhikaji Jatar. (link to his family tree). Chani was younger than Kamalatai Thakur and Anasuya Garde, whereas she was older than her sister Banutai Inamdar and Sushilatai Nanal.

Chani was very good at studies and received the Radhabai Paonaskar scholarship and a silver medal for standing first among girl students at the Matriculation exam held in March 1924. She was probably studying END_OF_DOCUMENT_TOKEN_TO_BE_REPLACED

Sulabha completed her InterArts in the year 1957 and soon got married to Ramesh Gudi at a young age of 20 yrs. In 1957, she completed the Sangeet Visharad course as she was keen on music.

She settled with her husband at Dadar and learnt how to sing bhajans and light music from her teacher for 2 years. In the year 1975, her husband, Ramesh Gudi, decided to shift to Belgaum, leaving a very comfortable life in Mumbai, to start his own industry. Sulabha was a solid support to her husband in this decision.

Ramesh was a marketing person with an MBA from London, but with no clue of END_OF_DOCUMENT_TOKEN_TO_BE_REPLACED

This post was made possible because of inputs from Brig RV (Raghunath) Jatar, Bal Inamdar, Sheela Jatar, Vidya Chand, Veena, Lalita and Vidula.

Rangutai, from the Deo family from Thane, came from a well-respected family. She became a part of the Jatar family in 1918 by marrying Tatyasaheb, the eldest son of Bapurao (born 1894). Thus Rangutai became Janaki Jatar.

Unfortunately, her husband Tatyasaheb had TB as a young man. Although he had recovered a little, his TB came back and a few years after his marriage he passed away at the age of 27, in 1921. Tragically, Janaki was left a young widow with no children.

How old could she have been when she became a widow? We have to assume that Rangutai was several years younger to her husband because that was the custom at the time. If Tatyasaheb was 27 years old at the time of his death in 1921, it is likely that Janaki was barely 21 at the time, if not younger, having married him when she was a teenager, as was the practice during that time. Thus we must assume that she was born sometime in 1900 or possibly even later.

Janaki was lucky to have been married into a progressive family like the Jatars. Bapurao, the eldest son of Shriram Jatar, was her father-in-law, and encouraged her to complete her LCPS (Licentiate in Medicine and Surgery). This medical degree, given after a 5-year course (as in MD) was a qualification conferred by some universities during British rule in India. Bapurao must surely have seen some spark in her, believing that this lady was as capable as anybody else. Encouraging her education was the first step towards her independence.

Janki vahini, as she was known in the Jatar family, was a short lady, slight, with quick END_OF_DOCUMENT_TOKEN_TO_BE_REPLACED

This write-up, photo and Family Tree have been contributed by Brig R.V (Raghunath) Jatar.

Ranganath Shriram Jatar, known as Balasaheb in the Jatar family, was born in 1882. He was the second son of Shriram Bhikaji Jatar. Balasaheb was married on 9th Feb 1901 (at the age of 19) to Maijiji Khandekar, daughter of Ganpat Gopal Khandekar, a Jahagirdar from Ujjain. She was known as Ramakaki in the family.

The thread ceremony of Balasaheb’s youngest brother, Abasaheb, was also held on this same day.

No details are available of Balasaheb’s childhood or school education in Akola. However, it is known that he had his college education at Deccan College, Pune. The college principal, Mr FW Bain, gave him a letter dated 30th Oct 1907, which was meant as a recommendation for him to join the Police Department of the province (then known as Central Provinces and Berar). The letter reads: END_OF_DOCUMENT_TOKEN_TO_BE_REPLACED

At the outset, I must state that this account of Vijay is a personal account as we knew him but official records of his death are also doubtless available.

Born in Pune in the Shriram Wada at Narayan Peth, Vijay in his early childhood went to Navin Marathi  Shala. Neelima Raddi nee Bhajekar was his classmate. Later, Vijay went to Modern High School. Since his father Madhav Krishna Joshi was in the M.E.S which was a transferrable job, Vijay was put in boarding school (Modern High School). It used to be Madhav Mama’s duty to pick him up from school particularly on week-ends, a task which he laughingly described as detestable!

The following write-up and photograph has been contributed by Chandu Jatar, the great-grandson of Shriram Bhikaji Jatar.

The 11th of April, 2020 marked the 65th death anniversary of dear Annakaka (Capt. Damodar Kashinath Jatar) the commander of Air India International’s ill-fated Constellation aircraft KASHMIR PRINCESS which crashed in the South China Sea near the Great Natuna Island, as a result of sabotage.

I presume you may have already read the excellent article written by Anurag Inamdar highlighting the politics behind this tragic accident. Kudos to Anurag for his massive research and effort he put in to unravel some of the mystery behind the accident.

I, Bhalchandra Shantaram Jatar, better known as “Chandu” am the eldest of the 4 sons of Dr. Shantaram Kashinath Jatar (Babukaka).  Babukaka was the second son of Kashinath Shriram Jatar (Bapurao) and the older brother of Annakaka. On the day of the tragedy, END_OF_DOCUMENT_TOKEN_TO_BE_REPLACED

MRS NALINI JOSHI née JATAR was the eldest daughter of Appasaheb Jatar. Appasaheb was the son of Kashinath Jatar (Bapurao), who was the eldest child of Shriram Bhikaji Jatar. This family tree will explain it further.

The following write-up and photograph have been contributed by Mohini Kirtane.

Nalini Joshi née Jatar, the granddaughter of Bapurao, was born on 2nd August 1920 in Pune. Tragically, her mother Radha (Vatsala Mainkar) passed away at an early age, leaving behind an only child, Nalini. In fact, Appasaheb was in London when he heard that she was ill with TB. Appasaheb states in his diary that he flew down from London against Bapurao’s wishes and was just in time to see her breathe her last.

Thereafter Appasaheb married Radha Shevde (known to all as Tai or Radha Vahini).

Nalini, popularly known as Nanutai in the family, was END_OF_DOCUMENT_TOKEN_TO_BE_REPLACED 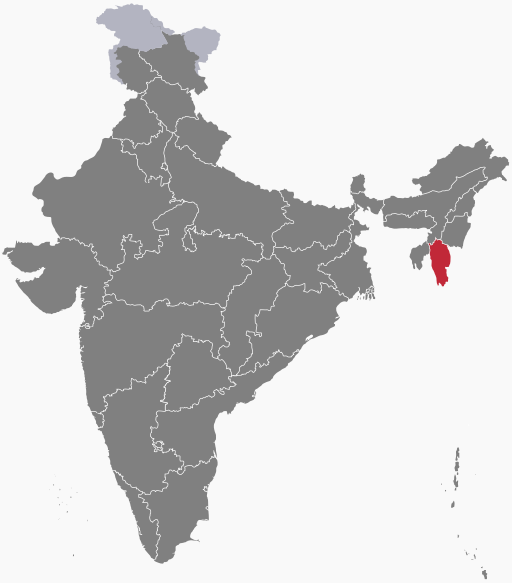 remote and unusual places, even if it isn’t a war-time experience. These accounts open our eyes to other cultures.

The following report is written by Brig. R.V Jatar (Raghunath) about his Mizoram tenure. Raghunath Jatar is the son of Abasaheb, and the grand-son of Shriram Jatar.

In 1967, 13 Kumaon completed a peace tenure in Gaya and moved to Agartala, with me as the Offg Comdg Offr (CO). It was scheduled that within a few months we would relieve 5 Para, located at Aizawl, the prime town in Mizoram where the District HQ was based. Prior to END_OF_DOCUMENT_TOKEN_TO_BE_REPLACED

I am Shrikrishna Narhar Inamdar (Bal), son of Sarojini Inamdar – nee Jatar, who was the daughter of respected Bapurao Jatar, and the wife of Narhar Laxman Inamdar (A.K.A. Annasaheb).

In 1954, my parents moved to Pune from Amravati. In 1961 (12th.July 1961), the year in which I passed my matriculation, a disaster struck Pune. There were unprecedented floods and we were living very very close to the River Mutha. Our rented house was completely washed out. My elder brother, Yeshwant Inamdar was in the Indian navy and had a transferable job and my elder sister Sulabha tai was already married to Ramesh Gudi in Mumbai.

Anuradha, known as Sonu in the Jatar family, is the wife of Jairaj Jatar, who is the son of Bhalachandra Jatar (known as Chandu).  B.S. Jatar (Chandu) is the son of Baburao, the grandson of Bapurao and the great-grandson of Shriram Jatar.  He lives with his son Jairaj and his family in Mumbai. Jairaj and Anuradha (Sonu) have two daughters, Ketaki and Shivani.

The following post and pictures are contributed by Anuradha Jatar

I was already working in the special school for intellectually disabled when I met Jairaj. END_OF_DOCUMENT_TOKEN_TO_BE_REPLACED

Samirran was sitting on a rock at his friend’s farmhouse, talking on the phone when a Russell’s Viper bit him. The viper came from behind and put the fangs in deep into the right hand.

This snake is also one of the genera responsible for causing the most snakebite incidents and deaths among all venomous snakes on account of many factors, such as their wide distribution, generally aggressive demeanor, and frequent occurrence in highly populated areas

(Samirran is the son of Dinkar (Kumar) Jatar. Kumar was the grand-son of Kashinath Shriram Jatar (Bapurao), who was the eldest son of Shriram Jatar,  (link to the family tree of Shriram.) Samirran has a brother, Udaiyan .)

Samirran then held the snake’s head with his left hand and tore the snake’s fangs out. While doing so, the fangs grazed his left thumb – and poison entered there too. This snake is usually 3-4 feet in length and has a stout body, so not easy to hold it.

He then held on to the snake because he says he knew that hospitals prefer to know which snake has bitten the patient.

What presence of mind and bravery!

His friend then drove him to the nearest hospital – with Samirran HOLDING ON TO THE LIVING SNAKE.

That hospital said they didn’t have anti-venom. Imagine what it must have been like to walk into a hospital reception with a living snake! END_OF_DOCUMENT_TOKEN_TO_BE_REPLACED